We are happy to announce the confirmation of six keynote speakers at the 20th edition of ETRIA World Conference TRIZ Future 2020. 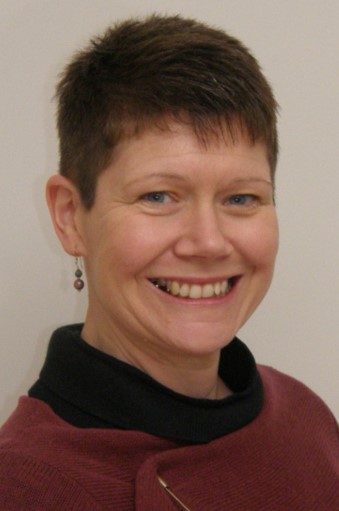 Presentation: Consider It SolvedTM  – How Emerson Makes Use of Systematic Methods to Innovate and Solve Problems

Michèle is Director of Emerson’s European Advanced Design Centre – facilitating access to technical expertise for European Business Units, assisting with innovation and new product development. Michèle has a particular interest in strategic technology management and the global dimension of innovation. Previously, as an independent technology management consultant, she worked with organisations across a broad range of industry sectors to implement practical tools to assist with innovation and solve strategic issues. While a Research Associate in the University of Cambridge Institute for Manufacturing, Michèle developed tools to assist industry with technology-based emergence and innovation development. Michèle has an MSci in Physics with Electronics, a PhD in Microelectronics and an MBA in Technology Management. She is currently undertaking an Executive DBA at Cranfield University researching the potential for digitalisation of collaborative technology strategizing.

The pace of change is ever increasing. Technology development is becoming ever more integrated and complex. Innovation is needed to solve new challenges and existing problems. Emerson provides solutions to a very diverse range of challenges. Several methods and mechanisms are used to support the full spectrum of innovation – from incremental to radical. Many of these methods employ systematic techniques for problem solving to provide support for structured innovation.

The presentation will cover background information on Emerson’s innovation ecosystem, then introduce some of the systematic innovation techniques employed through case studies, explaining the rationale behind the fitness for purpose of the techniques for the context. To finish, some recent experiences of digitalization of the approaches used within Emerson will be shared. 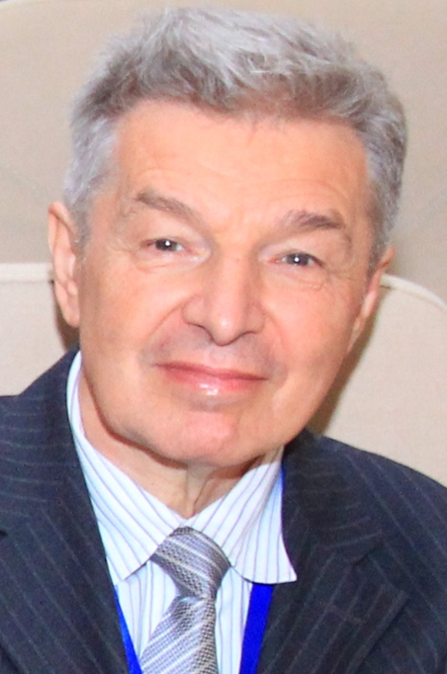 Vladimir works in TRIZ since 1972. He is a direct disciple of TRIZ creator, Mr. Genrich Altshuller. He helped to organize many TRIZ schools in Russia, Bulgaria, Czech Republic, Slovakia, Germany, Vietnam and Israel. He often conducted training seminars jointly with Mr. Genrich Altshuller. In total, he delivered more than 50000 hours of lectures on TRIZ and trained more than 6000 persons. Among his disciples there are leading specialists on TRIZ in different countries of the world. He also conducted TRIZ seminars in many cities of Russia, Israel and South Korea. Vladimir took part in solving more than 2000 inventive problems and fulfilled more than 500 projects on TRIZ for the largest companies of the world, such as, Samsung, Intel, Ford Motor Company, General Motors Corp., Boeing, Gillette, Johnson & Johnson, BMW, BOSCH, CompAir, Philips Semiconductors, HP, Applied Materials, etc. He introduced some notions to TRIZ, from which the important concept of “innovation resources”. He developed individual regularities and trends and created his own system of trends of technology evolution, forecasting, solving creative problems in business and promotion of business projects.  He deals with adapting TRIZ for information technologies. He created his own methodology for TRIZ training intended for people of any age and methodology of forming inventive thinking. Author of manuals, as well as of more than 400 printed works and 48 patents. Creator and leading specialist of the biggest TRIZ groups in social networks LinkedIn and Facebook, with more then 14 000 members.

The presentation is devoted to algorithms that lead to generation of innovation ideas in business and innovation management strategies. Innovation management methods are based on the works of Prof. Clayton Christensen from HBS, and the means of getting innovation ideas are based on TRIZ works of G. Altshuller and the author. The presentation will introduce a novel approach to set up innovation management strategies, somewhat different from what Prof. Christensen’s proposed. To get ideas for future innovations, the intervention of Vladimir will introduce powerful tools such as: 1. Systems approach, 2. Laws and patterns of system development, 3. Methodology for solving non-standard problems, 4. Resources and 5. Technology transfer. On disruptive product innovation, the presentation will be directed towards an algorithm that includes: 1. Identification of needs, 2. Product development, 3. Consideration of product factors over its lifecycle, company factors and market factors, 4. Forecasting of product development, company and market. To identify new needs and functions that fulfill these needs, the presentation will introduce works of the author on trends in the development of needs and patterns of change in functions. For product development, system development trends are used. The creation of disruptive innovations that reduce the cost of products is carried out using the trend of increasing ideality in the form of trimming. Sustaining innovations are created using all TRIZ tools. It will be highlighted what TRIZ tools and how are they used for each type of innovation. Forecasting is the final step in getting the idea of innovation. It determines on which of the life cycles the company and the market should be located for the production and distribution of the product implementing the developed idea. 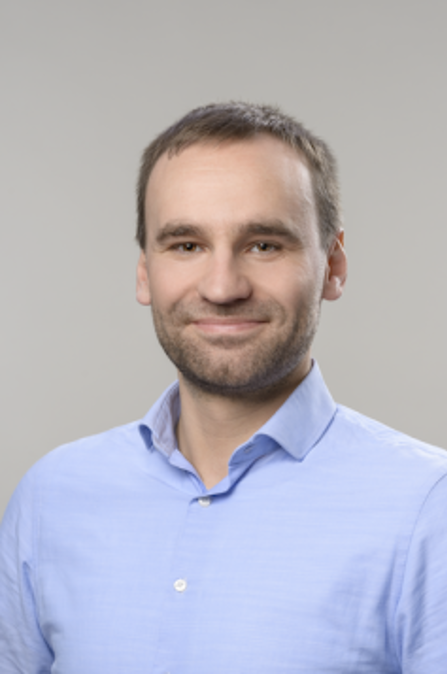 Dr.-Ing. Johannes Daxenberger is a postdoctoral researcher and coordinator of the ArgumenText technology validation project. He holds an M.A. (Magister Artium) in Computational Linguistics, Spanish and General Linguistics from the Universität zu Köln. In October 2011, he was granted a 3-year PhD scholarship within the Hessian excellence program “Landes-Offensive zur Entwicklung Wissenschaftlich-ökonomischer Exzellenz” (LOEWE). In July 2015, he successfully defended the PhD thesis about Online Mass Collaboration in Wikipedia. He currently coordinates the technology validation project “ArgumenText”. Previously, he has been working within the CEDIFOR eHumanities Center, supporting and coordinating various projects within Digital Humanities. Until end of 2014, Johannes was part of the LOEWE Research Center “Text as a Process”, with a focus on Wikipedia Revision History. His research interests are Machine Learning & Text Classification, Argumentation Mining, Digital Humanities and Online Mass Collaboration & Writing Processes.

Organizations have access to huge amounts of text data but harnessing its business potential is still a major challenge. The use of Text Mining, Deep Learning and Big Data Analytics to unleash the potential of unstructured data and to integrate unused assets into decision-making processes is one of the key paths to face with this challenge. Novel deep learning methods for robustly mining arguments from heterogeneous Web sources and text streams like social media and news will be introduced in the presentation. The proposed approach allows for fast adaptation to new use cases and mining arguments robustly across different domains. The presentation is going to retrieve pro and contra arguments for any issue or statement from available texts. It could be inspiring for TRIZ community, as some algorithms are open for public use. 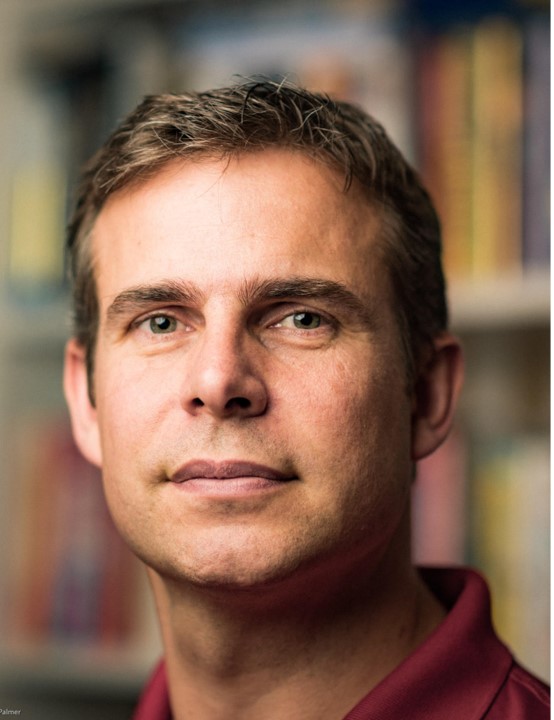 Presentation: Radical Innovation in an Age of A.I.-based Engineering

Lin Kayser is a German technology entrepreneur and inventor. He is the co-founder and CEO of Hyperganic, a software company pioneering A.I.-driven engineering for the future of manufacturing. Hyperganic’s mission is to generate parts and entire machines completely from computer algorithms and Artificial Intelligence. Since 2015, Hyperganic has collaborated with partners globally on the production of radically new forms of products. Lin’s entrepreneurial journey stretches more than 25 years. He started his first company at the beginning of the 1990s. In 1993 he joined startup ARADEX to disrupt the world of industrial control systems with PC technology. In 2000 he created his next company, IRIDAS. For a decade, Lin’s team helped transform the global film industry from analog to digital though high-speed image processing technology. IRIDAS was acquired by Adobe in 2011. For three years, Lin held the position of Director of Engineering at Adobe. In 2014 Lin left Adobe to focus on his own ventures. Lin is a frequent speaker on the topics of entrepreneurship, sustainability and the future of humanity.

Physical products, even entire machines, are increasingly being designed by computer algorithms. Lin will explain, how this paradigm shift is critical in driving radical innovation and addressing today’s global challenges. Another key element is the transformation to a Digital Physical Product Economy, where objects are produced in automated digital factories. Digital Physical Products are conceived in purely digital form, traded and transacted digitally and then physically produced close to the end consumer, using a combination of industrial 3D printing and other digital manufacturing techniques. This paradigm enables new forms of collaboration, faster iteration times and therefore rapid innovation, but also completely new business models. 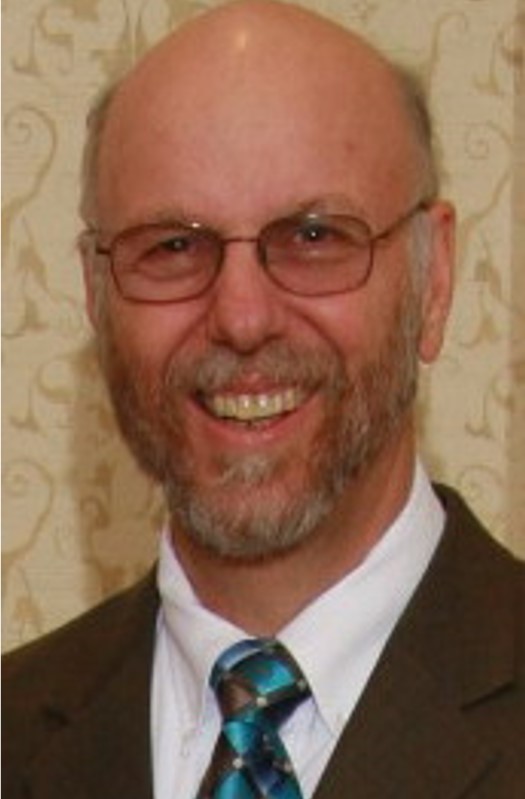 Bill is an organizational leader with more than 35 years of experience in research, development, commercialization, and all aspects of the patent lifecycle.  Bill is currently developing new analytics and workflows for IP.com, a software and services company providing Innovation tools for the Intellectual Property and Engineering communities.  Bill is a certified practitioner of TRIZ, Taguchi Methods for Robust Design, Six Sigma and statistics.  He is a co-author of Engineering Methods for Robust Product Design, Addison-Wesley Publishing Company.  He is the inventor of 28 U.S. patents.  He is a Six Sigma Black Belt and was a participant of the very first SSBB Certification program, led by Mikel Harry, at Motorola.  Dr. Fowlkes then went on to help develop the first Black Belt program at the Eastman Kodak Company.  Bill has always had a passion for pushing the boundaries of process-driven innovation and quality improvement in his work.

In this session I will review the basic principles of Artificial Intelligence and the challenges faced when applying AI directly to creative problem solving.  I will then show how modern Machine Learning and AI can be applied to Patent and Non-Patent Literature, drawing analogies between what we can now do with machine learning to what Altshuller’s team did manually in the ‘50s with patent literature.  I will then propose a new approach to TRIZ using AI to semantically analyze a problem and apply TRIZ Inventive Principles, Evolutionary Trends, and Separation Methods to generate useful suggestions to guide and accelerate the brainstorming process. 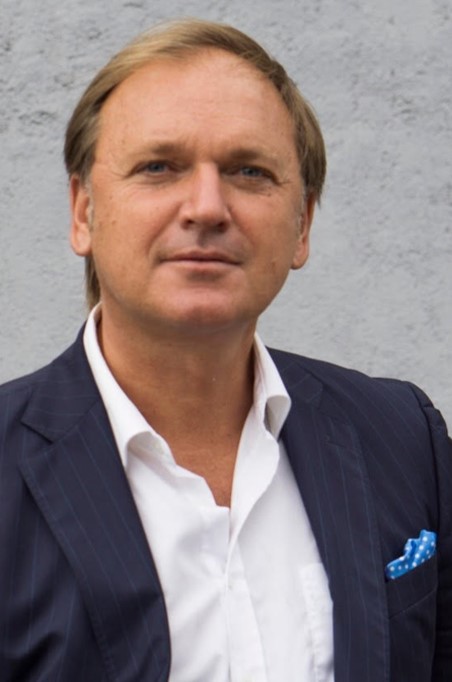 Chairman of the Board at DEIP Blockchain Technologies, San Francisco, USA

Dimitri is Co-Founder and Chairman of the Board at DEIP – Blockchain Technologies, a San Francisco based startup focusing on the Open Innovation framework. Previously, as a CEO of NOKIA in Belarus and Moldova, he built a solid business presence of Nokia in the Cluster Eastern Europe and Central Asia. Dimitri also held a Global CTO position at Nokia and beforehand at Siemens enabling innovation products market introduction in regions AME, EMEA and APAC. While a Research and Teaching Doctorate position in the Ruhr-University in Bochum/Germany, Dimitri developed novel statistical methods for today’s AI/ML technology. Dimitri has an MS in Electrical Engineering and Informatics, a PhD in Statistics and an Executive MBA (Executive Transition Program) at ESMT Berlin.

There is a huge potential of innovation and technology in the world. This offers the chance to solve big societal problems in healthcare, urban mobility and other issues. Governments around the world are stepping up their involvement and investments in this sector. Efficient discovery, evaluation and exchange of IP/intangible assets can be one of the most important advantage. Innovative companies are the drivers of economic growth; and in this context, IP becomes one of the most valuable assets. Amount of investments in deep tech is rapidly growing, new trusted collaboration wanted to foster deep tech discovery and quick commercialization. In line with these trends, the presentation is focused on how Open Research and Innovation Platforms powered by the new generation Hybrid Blockchain can foster collaboration between more partners in a smart way, with the possibility to monitor and assess the IP contributions of all partners during project life-cycle.